Are you woke now? Are you listening now? Sometimes we miss the warnings and the signs. Sometimes we feel imminent danger but we press on, thinking we can handle it. We see the signs saying, ‘detour,’ ‘turn here,’ yet we keep going only to get to a sign that says, “Road closed.” Now, we have to turn around. But this time, you have to go back through everything you went through (going the wrong way) just to get back to the right road (the right way). Is it worth it, knowing you can’t get back the time you’ve lost? And do you know the times we ignore the signs the most? It’s when things are going good. Crazy, right? We ignore the signs, the false alarms because we are in a good space and don’t think anything bad can happen. Well beloved, here is your warning… Listen to the warnings and pay attention to the false alarms. God doesn’t warn us to punish us but He warns us to protect us. 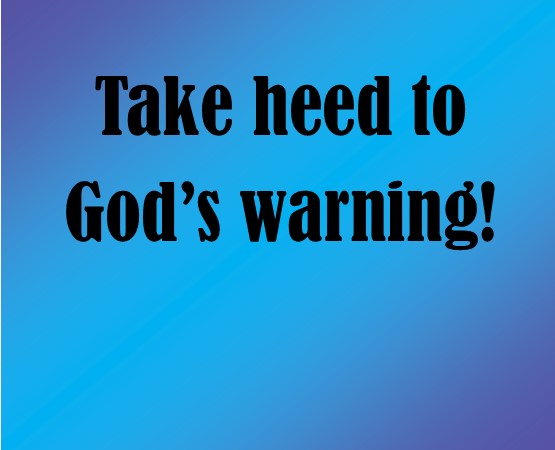