In Mark 10:46, there is a man named Bartimaeus who is sitting on the side of the road begging. Bible shares that he heard noise and asked those around him what was happening. They tell him, Jesus of Nazareth is passing by to which Bartimaeus begins to yell out, “Jesus, son of David, have mercy on me.” Now, what disturbed my spirit is what happened next. Those around him told him to be quiet. In fact, bible says, they admonished him or in other words reprimanded or tried to make him feel bad about calling Jesus. I preached on this Sunday but I needed to stop through and tell somebody, stop allowing folk to hush you, especially when it’s your life on the line. Stop allowing folk to make you feel bad about getting the help you need. It’s not them who is enduring the pain, it’s not them whose day is always dark, it’s not them that has to depend on folk just to survive and it’s not them suffering. Bartimaeus was blind yet he had enough faith to know that Jesus could heal him and had he listened when they said be quiet, he would have stayed in the shape he was in. And maybe the folk around him didn’t know any better or maybe they just didn’t want Bartimaeus healed because the thought a beggar wasn’t worthy.

Whatever the case, let me make this clear. We are all worthy of Jesus so don’t ever hush me when I’m calling on my help and stop allowing folk to hush you when the time is now for you to cry loud and spare not. Had Bartimaeus listened, he would have missed the opportunity to stand before Jesus. However, he didn’t because when folk told him to hush, he hollered louder and with his faith, he was immediately healed. How many of you are missing what you need because you’ve been listening to folk? The same folk who will not see you as anything more than your circumstance? You may know this but sickness doesn’t have a respect of person, disease will not skip you because you’re cute/handsome, storms will not keep bypassing you and neither will the enemy stop trying to stop you so whenever you get the chance to cry out to God, don’t be hushed. And if the folk around you will hush you, in the presence of Jesus, you need to let them go. If the folk around you will quiet your cry to Jesus, when you’re in need, you need to tell them goodbye. If they yell for you to be quiet when the healer, sustainer, waymaker and deliverer is near but not when you’re begging; you need to rethink those you keep company with. As for me, I don’t want those kinds of people around me. I need some folk who will join in, who will press with me through the crowd to get to the feet of Jesus, some friends who can holler when I can’t, some folk I can link my faith with when mine is getting weak and some folk who will encourage me, not rebuke me. You may be okay with the shape you’re in but I’m not so don’t hush me when the situation changer is near and I’m hollering to get His attention. 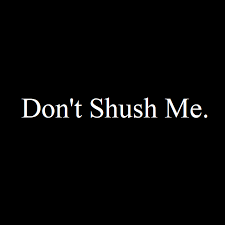 Oh Sunday... God, inhabit me. You have my permission to settle here, have your way and use me for your service. Anybody else willing to tell God, use me? Yes, it can sometimes hurt but it’s worth it. #Sunday #SundayVibes #SundayMotivation #Luke145 #UseMeLord #TrustingGod #TrustingGodsplan Outfit: @deanoffashion
February 15, day after Valentines and ain’t no telling what y’all got into. No worries, here’s a #ChristianFiction book series to get y’all life back in-line with God.🤷🏽‍♀️😂 . . Dearly beloved, that’s how it begins. What God has joined together, let no man put asunder; that’s how it ends. . . Happily married, wedded bliss and with these rings, we do take; but what happens to happily ever after, when the vows break? . . https://www.amazon.com/dp/B07V7139BW #christianfictionbooks #bookstoread #MemphisAuthor #BlackIndieAuthors #BlackIndieLove #AllAuthor #bookstagramitalia #bookstagramMexico #bookstagramUK #whatImreading #igreadsindia #IndieAuthor #AAChristianFiction #BestSeller #marketplaceforbooks #Goodreads #bookstagramindia #WhattoRead #BrownGirlsRead #browngirlsreadbookclub #BookstagramCA #UrbanChristianFiction #WhentheVowsBreak #LitFic #aftertheaisle #BookSeries #BrokenVows #SheWritesTruth
❤️✨ Read A Snippet From Still Fighting ❤️✨ The Diagnosis “She went back to her primary dentist who said, “I can do some invasive things but, in all honesty, there isn’t anything wrong with your teeth. However, let me do some research.” Finally, somebody willing to do something, anything! After some time, her dentist comes back and says, “It really, really sounds like you may have trigeminal neuralgia and possibly TMD as well. I don't have extensive training with treating TMD so I usually refer patients who exhibit those symptoms to a TMJ specialist. Usually, TMJ is treated with a splint that prevents you from grinding your teeth and injections and/ or pain meds may be given to provide relief. Trigeminal neuralgia is usually treated with medication. However, there are other treatments such as massage therapy, acupuncture, and as a LAST RESORT, surgery. I looked online to see if I could find a fact sheet for you, and I did. Read it and tell me if this sounds like what you are experiencing. I can also call something in for you for pain if you need me to.” Her dentist diagnosed her simply because she took the time to research. Her name, Dr. Christina T. Rosenthal of Paradigm Dental Center in Memphis. A North Memphis native, Northside High School, University of Memphis and Harvard graduate and all-around black woman who rocks! She cared enough to go beyond her profession and I’ll never be able to thank her.” She, among a few more of our family and friends are mentioned in my sister’s LaQuisha Dionne story. Y’all, we couldn’t have made it without the village camped around us! You can read more in Still Fighting. #StillFighting --> http://bit.ly/_StillFighting ✨ Only $3 & FREE with #KindleUnlimited ✨ #BeAFighter --> http://bit.ly/BeAFighterJournal • #TrigeminalNeuralgiaAwareness #TrigeminalNeuralgiaActivism #TrigeminalNeuralgia #TheSuicideDisease #SelfHelp #Journal #Motivational #NonFiction #PhotoOfTheDay #BookPhotography #Kindle #Book #Booklove #Booklover #Bookworms #Bookworm #TotalBookNerd #Bookclub #Bookaholic #Bibliophile #Bookporn #Booknerd #Bookshelf #Bookshelves #VIPLiterarySvcs #VanekaMilesPR
Even when we’re not giving gifts, my husbae @willie.johnson.12 still gives gifts! And ... him did good! 🤸🏾‍♀️🥳🤩❤️ He is the epitome of love! Thank you boo, I love you still! “If I gave everything I have to the poor and even sacrificed my body, I could boast about it; but if I didn’t love others, I would have gained nothing. Love is patient and kind. Love is not jealous or boastful or proud or rude. It does not demand its own way. It is not irritable, and it keeps no record of being wronged. It does not rejoice about injustice but rejoices whenever the truth wins out. Love never gives up, never loses faith, is always hopeful, and endures through every circumstance.” — 1 Corinthians‬ ‭13:3-7‬ ‭NLT‬‬ #valentinesday2020 #ValentinesGift #myhusbandisthebest #Loveis #1Corinthians13 #firstcorinthians13
This pre-Valentine’s Day give your snuckems, your boo, your wife, your better half, your forever girl ... the gift of some good books! Give them Kindle Unlimited, a Amazon gift card, or send them gift links of books. Books make great gifts, by the way. Besides, a great book can keep them occupied while you play the PlayStation/Xbox or watch the latest sports game or channel. 🤷🏽‍♀️ Don’t say I didn’t warn you. http://www.amazon.com/Lakisha-Johnson/e/B0091JWVJY : #booklovers #bookworm #kindle #bookstagram #book #Bookstagrammer #ChristianFiction #photooftheday #bookworms #totalbooknerd #bookphotography #bookclub #bookaholic #bookporn #booknerd #bookshelf #IGreads #bookshelves #writersofinstagram #writerscommunity #bookish #booklove #booksofInstagram #womenpreaching #bibliophile #AllAuthor #authorsofinstagram #christianfictionauthor #femalepastors
Don’t Quit, Keep Moving! This is the theme of #RadiantReaders Book Club Luncheon, this year. It’s also their first empowerment luncheon and they believe in me enough to ask me to speak! Will you join us? It’s a 2 hour drive from Memphis and the tickets are only $15. Contact Angela Lackey ( @lackeya26) or Cassandra N. Johnson. If you can’t be there, sow a seed on my behalf. Please and thank you 😘 #Bookclub #EmpowermentLuncheon #ChristianFiction #ChristianFictionAuthor #radiantreaders #Shewritestruth #MississippiReaders