As we get closer to the day set aside as Resurrection Sunday, I am still in the vein of Jesus being on the cross. While He hung there, He looked down to see His mother, Mary weeping to whom He said, “Woman, behold your son” and to one of the disciples He said, “Behold your mother.” (John 19:26-27). Now, I don’t know about you but the more I read this particular scripture, the more it confused me because I have to question the whereabouts of Jesus’ brothers? We know He had some but where are they? If your sibling is on trial and being prosecuted, would you not be there? Where are His brothers? However, here is what I have come to realize. Just because Jesus is in the home, it doesn’t mean everybody in the home is saved. Yea, you can say all day long, “As for me and my house,” but we all know you can probably save the actual house before you can, all the folk in it. This doesn’t negate your belief but people have to choose Jesus for themselves. Sure, you can drag them to church every Sunday and Wednesday but it still does not mean they’ll be saved. And we know the brothers of Jesus doubted His power because Jesus said in Mark 6:4, “A prophet is not without honor except in his own town, among his relatives and in his own home.”

Beloved look, I don’t care how well I preach and teach the gospel; there are still some folk in my family who will not believe. However, I cannot stop because I still have others who desire the smell and taste of Jesus. By why would Jesus say this to Mary? Well, this is Lakisha’s logic of thinking and I believe when Jesus sees His mother weeping over the agony of His sacrifice, He needed her to have somebody to lean on that understood the pain she was going through. Yea, it’s fine to be around family but if said family isn’t saved, they might not understand the difficulty of Mary’s suffering. Get this though, Jesus didn’t tell John and Mary to take care of one another, He simply said behold as to watch, see and observe. In other words, Jesus was telling them to now see the new relationship amongst those who believe in His Father. What does this mean? Simply to say, you may have to depend on, walk beside and agree with some folk, now, who aren’t related by DNA but by GOD. Because we know, or we ought to know that if the relationship is right; everything else should fall into place. So I have to ask, what or who are you beholding and are they beneficial to your spiritual walk? 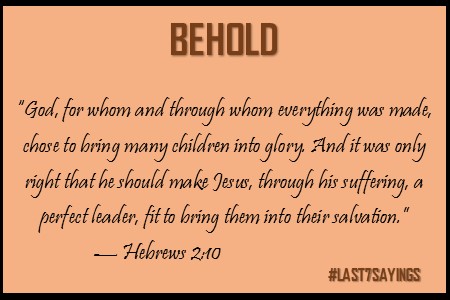 I have a plethora of books for you to choose from ... yep! Click the #linkinbio👆👆 and get to ordering. They are all in #kindleunlimited and most are in #paperback. Ya know, to quench everyone’s desires 😂 Go on and click the link. You know you want too. #ChristianFiction #Suspense #christianfictionwriter #christianfictionauthor #ChristianFictionbooks #IndieAuthor #TryMe #NewRelease #ACFW #shewritestruth #shewrites #LakishaJohnson #lakishajohnsonbooks #AAChristianFiction #UrbanChristianFiction #memorialday🇺🇸 #memorialday #memorialdayreads #memorialdayreads➡️
Imagine going through a storm, one that rocks your life like a hurricane that reaches land at 172 MPH. Imagine thinking it’s you, only to find out, your friends are suffering too. . . Heartache, infidelity, trust issues and broken vows; mane, that can be more than you can take. Find out how or if, these 6 friends survive, in this best selling #ChristianFiction series When the Vows Break . . #brokenvows💍 #brokenvows #Bookstagram #UrbanChristianFiction #IndieAuthor #aftertheaisle #WhenIsayIdo #marriagebootcamp #AllAuthor #blacklovemagic #marriagecounselingworks #BeforeDivorce #broken💔 #Lifeaftercheating #bookstoread #AAChristianFiction #blackbooksmatter #lovegoals #blacklove🖤 #memphisevents #memphismane #MemphisAuthor #readwithus
What would you do? What if you put your all into your spouse’s dream, only for them to choose it over you. Find out if Lillie and Blair’s marriage will survive his ego and pride, in Last Call. https://www.amazon.com/dp/B087YQBFT9 • • #christianfictionbooks #bookstoread #MemphisAuthor #BlackIndieAuthors #BlackIndieLove #AllAuthor #whatImreading #IndieAuthor #AAChristianFiction #Goodreads #WhattoRead #BrownGirlsRead #browngirlsreadbookclub #UrbanChristianFiction #LitFic #SheWritesTruth #ChristianFiction #ChristianFictionNewRelease #ACFW #youshouldreadthis #AftertheVows #BlackLove #AfricanAmericanChristian #readwithus #ChristianityToday #IndiePublishing #UrbanChristianFiction #KindleUnlimited #allauthor
Oh Sunday ... . . My Sunday’s are not the same but my praise is! I’m yet grateful that God has allowed me another day. . . When many are sick and dying, suffering and grieving; I’m grateful because it could be me. I could be out of my mind, but I’m not. . . Instead, I’ll use all of me to serve God. What about you? . . Are you thankful? Is there a praise in your heart and on your lips today? . . Join us for virtual service, this morning at 10 AM on our church’s Facebook Page (Macedonia MB Church | Hollywood, MS) . . #shirt by @unbothered_darkbeauty @aishascreativetouch #sundayvibes #sundaymornings #sundayservice #AuthorLakisha #AuthorLakishaJohnson #PastorKisha #sundaythoughts #SundayMotivation
Hi, hey, hello ... 🙋🏽‍♀️ . . I thought I’d introduce myself, for those who may not know me. Yeah, I know, we’re Facebook/IG friends or you follow my page, but go with me. . . My name is LaKisha Johnson, from Memphis, TN and an author of more than seventeen Christian Fiction novels, devotionals and journals. I write from the heart, hoping the message on the pages, will relate to every reader. . . If you ask me, I’ll proudly tell you, ”It’s not just writing, it’s ministry.” This is why I cannot take credit for what God allows and anoints, because if you were to strip away everything, you’d see that I am simply a woman who boldly, unapologetically and gladly loves and works for God. . . In addition to being a self-published author, I’m also a wife of 22 years, mother of 2, product of a huge family, Co-Pastor of Macedonia MB Church in Hollywood, MS; Sr. Business Analyst with FedEx, Devotional Blogger and more. I’m a college graduate with 2 Associate Degrees in IT and a Bachelor of Science in Bible. . . That’s me! . . Lakisha, the Author IG: Kishajohnson Twitter: _kishajohnson www.authorlakishajohnson.com www.kishasdailydevotional.com Amazon: http://www.amazon.com/Lakisha-Johnson/e/B0091JWVJY . . ”It’s not just writing, it’s ministry.” . . . #LakishaJohnson #AuthorLakisha #ChristianFictionAuthor #ChristianBlogger #PreacHER #Womenwhopreach #IndieAuthor #TwinSister #faithblogger #wifemomboss #WomanPreacHER #shewritestruth #shewrites #whoamI #SurvivingMe #entrepreneur
Who are you? • • Do you know that in this natural world, most states have a law called “stop and identify” and failing to do so can be cause for arrest? Now think about this, in the spirit. If the enemy were to pull you over and ask you to stop and identify who you are, could you answer, or will you be arrested? • • Who are you? • • Answering this question is where you must begin because without an identity, you’ll continually wander the wilderness of life without a destination. Besides, how can you truly be the woman God crafted you to be, if you don’t know who you are? And when you don’t know you, how can I? • • — excerpt from the #SurvivingMe Journal . . Get your copy via Kindle, Kindle Unlimited or in paperback . . https://www.amazon.com/dp/B088Z1DNZ5 . . . #ebookjournal #journalingsavedme #creativejournaling #journaling #ChristianJournal #journalinspiration #journalprompts #Womenwhojournal #blackwomenwhojournal #journals #journalingbible #journalingcommunity #journaladdict #journalingyourway #biblejournal #biblejournalingbrasil #biblejournalingdaily #journalforwomen #prayerjournalforwomen #WhoamI #WhatsHinderingMe #HowdoIsurvive #SavingMe #restoringhope #LakishaJohnson #AuthorLakishaJohnson #lakishajohnsonbooks