Have you ever rolled to the very end of the bed, only to catch yourself from falling? Ever got close enough then suddenly woke up right on time? What about waking up, to find yourself wrapped in a sheet and one move from being on the floor? Or moving your arm, only to realize you are one turn from hitting the nightstand? Have you? I have and it made me think about all the times we’ve been at the edge, of this thang called life, knowing we should have fallen but suddenly, something happened. Or those times we’ve come to the end of all we can do mentally, knowing if we move slightly, it’ll be all over. Looking out at the edge, breathing heavy and heart pounding knowing, I should have fallen over but I didn’t. Anybody else besides me experienced an “I almost fell” moment? Thinking, had it not been for God stopping me, I should have been dead. Had it not been for the sheet of salvation keeping me, I could be out my mind, right now. Had it not been for the sudden opening of my eyes, I would have found myself in another jacked up situation, crying over another catastrophic circumstance, weeping over the woes of this world and fighting in a fixed fight I have no chance of winning. 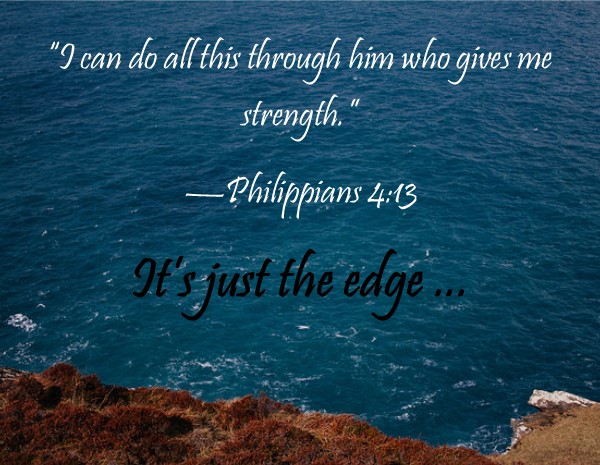 What if the man who stands to proclaim God’s word is the same one hurting you, behind closed doors? . : Since the age of 14, Jayme’s life has been hell and she has one person to thank for it, Pastor James Madison. : He stood in the pulpit on Sundays waving the same hands that abused her at night. He glorified God with the same mouth he used to chip away her self-esteem, daily. He was a man of God who had turned her away from the same God he told people they needed to serve. : He was the man who was supposed to pray for, take care of and eventually love her. Instead he preyed on, took advantage of and shattered her heart before it had a chance to truly love someone else. : Now, 14 years and a son later, she finds herself needing God yet she doesn’t know how to reach Him. She longs for God but isn’t sure He can hear a sinner’s prayer until she starts to pray, Dear God... : https://www.amazon.com/dp/B079G68BN3 : : #bookstagramindia #bookstagramit #bookworm #kindle #bookstagram #bookstagrammexico #Bookstagrammer #bookstagramuk #bookworms #totalbooknerd #bookphotography #bookclub #bookaholic #bookporn #booknerd #bookshelf #IGreads #bookblogger #writersofinstagram #writerscommunity #bookish #booklove #booksofInstagram #message #bibliophile #AllAuthor #ChristianFiction #bookshelfdecor #Bookshelf
“The 11th Commandment, just might save your life. Thou Shalt Never Forget His Wife.” Have you read, reviewed and recommended? . . — The Forgotten Wife . . All Rylee wants is her husband's attention. . . She used to be the apple of Todd's eye but no matter what she did, lately, he was just too busy to notice her. . . She could not help but wonder why. . . Then one day, an unexpected email, subject line: Forgotten Wife and little did she know, it was about to play a major part in her life. . . They say first comes love then comes ... a kidnapping, attacks, lies and affairs. . . Someone is out for blood but who, what, when and why? . . Secrets are revealed and Rylee fears for her life, when all she ever wanted was not to be The Forgotten Wife . . https://www.amazon.com/dp/B07DRQ8NPR : : #picoftheday #booklovers #bookworm #kindle #bookstagram #book #Bookstagrammer #photooftheday #bookworms #totalbooknerd #bookphotography #bookclub #bookaholic #bookporn #booknerd #bookshelf #IGreads #bookblogger #writersofinstagram #writerscommunity #bookish #booklove #booksofInstagram #theforgottenwife #bibliophile #AllAuthor #indieauthor #ForgottenWife #bookshelfstyling #readwithus
Have you gotten to know the Alexander Family? Child, they are wild! With lies, cheating, affairs and hurt ... you’ll have to read it for yourself! . . The Family that Lies and The Family that Lies: Merci Restored. . . Born only months apart, Merci and Grayce Alexander were as close as sisters could get. With a father who thought the world of them, life was good. Until one day everything changed. . . While Grayce got love and attention, Merci got all the hell, forcing her to leave home. She never looks back, putting the past behind her until … her sister shows up over a decade later begging for help, bringing all of the forgotten past with her. Merci wasn't the least bit prepared for what was about to happen next. . . Merci realizes, she’s been a part of something much bigger than she'd ever imagined. Yea, every family has their secrets, hidden truths and ties but Merci had no idea she’d been born into the family that lies! . . https://www.amazon.com/dp/B01MAZD49X : : #bookstagrammexico #booklovers #bookworm #bookstagramindonesia #bookstagram #book #bookstagramturkey #photooftheday #readingwomenchallenge #totalbooknerd #bookphotography #bookclub #bookaholic #bookporn #booknerd #bookshelf #IGreads #bookblogger #writersofinstagram #writerscommunityofig #booklove #booksofInstagram #asisterstruth #bibliophile #AllAuthor #indieauthor #graceandmercy #mysisterskeeper #asisterssecret
Imagine going through a storm, one that rocks your life like a hurricane that reaches land at 172 MPH. Imagine thinking it’s you, only to find out, your friends are suffering too. . . Heartache, infidelity, trust issues and broken vows; mane, that can be more than you can take. Find out how or if, these 6 friends survive, in this best selling #ChristianFiction series When the Vows Break . . #brokenvows💍 #brokenvows #BookstagramCA #bookstagrampl #UrbanChristianFiction #IndieAuthor #aftertheaisle #WhenIsayIdo #marriagebootcamp #AllAuthor #blacklovemagic #marriagecounselingworks #BeforeDivorce #broken💔 #Lifeaftercheating #bookstoread #AAChristianFiction #blackbooksmatter #blacklovedoc #blacklove🖤 #memphisevents #memphismane #MemphisAuthor #readwithus
Oh Sunday... God, inhabit me. You have my permission to settle here, have your way and use me for your service. Anybody else willing to tell God, use me? Yes, it can sometimes hurt but it’s worth it. #Sunday #SundayVibes #SundayMotivation #Luke145 #UseMeLord #TrustingGod #TrustingGodsplan Outfit: @deanoffashion
February 15, day after Valentines and ain’t no telling what y’all got into. No worries, here’s a #ChristianFiction book series to get y’all life back in-line with God.🤷🏽‍♀️😂 . . Dearly beloved, that’s how it begins. What God has joined together, let no man put asunder; that’s how it ends. . . Happily married, wedded bliss and with these rings, we do take; but what happens to happily ever after, when the vows break? . . https://www.amazon.com/dp/B07V7139BW #christianfictionbooks #bookstoread #MemphisAuthor #BlackIndieAuthors #BlackIndieLove #AllAuthor #bookstagramitalia #bookstagramMexico #bookstagramUK #whatImreading #igreadsindia #IndieAuthor #AAChristianFiction #BestSeller #marketplaceforbooks #Goodreads #bookstagramindia #WhattoRead #BrownGirlsRead #browngirlsreadbookclub #BookstagramCA #UrbanChristianFiction #WhentheVowsBreak #LitFic #aftertheaisle #BookSeries #BrokenVows #SheWritesTruth