Many times we pray for God to get us out of things, to heal the paining/sickness of our body, get rid of the darkness, snatch away the depression, revive some places that have been dead and stop our weeping. But when will we understand that not every time is our time? In the bible, John 5, it says, “Now there is in Jerusalem by the Sheep Gate a pool, which is called in Hebrew, Bethesda, having five porches. In these lay a great multitude of sick people, blind, lame, paralyzed, waiting for the moving of the water. For an angel went down at a certain time into the pool and stirred up the water; then whoever stepped in first, after the stirring of the water, was made well of whatever disease he had. Now a certain man was there who had an infirmity thirty-eight years. When Jesus saw him lying there, and knew that he already had been in that condition a long time, He said to him, “Do you want to be made well?” The sick man answered Him, “Sir, I have no man to put me into the pool when the water is stirred up; but while I am coming, another steps down before me.” Jesus said to him, “Rise, take up your bed and walk.” And immediately the man was made well, took up his bed, and walked.”

Here this man is, been sick for 38 years and it didn’t matter if he was the first in line at the pool, somebody always beat him to the healing. He, probably, has been there the longest but it didn’t matter. Why? Well, it wasn’t his time. Ma’am, sir; I know you’ve been on the job a lot longer than the one who got promoted before you but it wasn’t your time. I know you’re wanting to be married like all your friends but it isn’t your time. I know you’ve been praying for God to open your womb but it isn’t your time. Yes, you’ve been fasting and praying for God to send you a church to pastor but it isn’t your time. That new car/house, it isn’t your time. You have to wait. Verse 6 says, “When Jesus noticed him lying there [helpless], knowing that he had been in that condition a long time, He said to him, “Do you want to get well?” God knows your condition, He knows how long you’ve been in it and at the appropriate time, He’ll do it. Do what? Whatever it is you’re standing in the need of. You simply have to wait in faith that it will be done, when it will be done because whenever it is; it’ll be right on time! 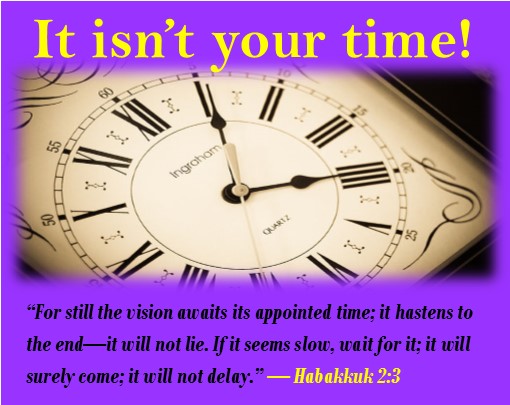 I’m Not Crazy by Lakisha Johnson

Versafi The Brand
The Love Connexion